Mining engineering is a multi-disciplinary pursuit that is in-demand in many parts of the globe. In Australia, the mining industry is one of the largest of any sectors in the whole country. As a consequence, it recruits large numbers of newly qualified employees every year. Given that most of the mining that goes on in the country is surface — or open cast — mining, you will often find the following processes involved in the daily working life of a typical mining engineer. In other parts of the world, techniques associated with deep pit mining may be required.

This is one of those mining engineering jobs that relates to ore exploration. By taking a sample, a mining engineer should be able to have it checked by geologists for the mineral content it contains. It is often the job of an engineer to establish where these samples should be taken from to gain a better understanding of the land involved. Satellite photography and geophysical surveys tend to be the common tools at a surveying engineer's disposal to help him or her carry this out.

This is a process of material extraction from the ground which is overseen by a professional in mining engineering. Heap leaching is a process that tends to be used when precious metals are being sought. Typically, fluids will be used to try and separate them from the rest of the material. Often, a mining engineer will be responsible for establishing whether solvents will be used in the process and, if so, in what quantities.

This is also a process that is involved in mining engineering for separating some metal ores. This method is ideal for dealing with two components which have differing granular properties. Sometimes industrial vacuums are used to lift away finer materials, but sometimes the process resembles straightforward sifting. This process requires a great deal of attention to detail since it requires plenty of adjustments and fine-tuning. That said, it is often preferred because it is a relatively cheap process to conduct on a large scale.

The term blasting refers to the use of high explosives. Additional training is often required to carry out the sort of blasting work that is required in modern mining. Although the amount of explosives that are required to shift sufficient amounts of rock is always something of an art, this process has become increasingly professionalised in recent decades due to the higher level of danger that is associated with it. 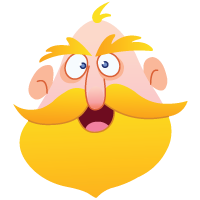